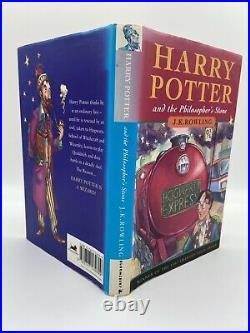 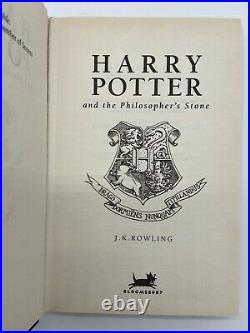 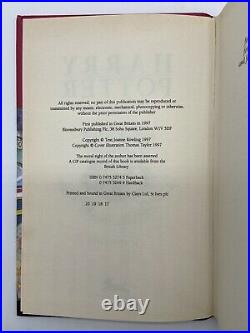 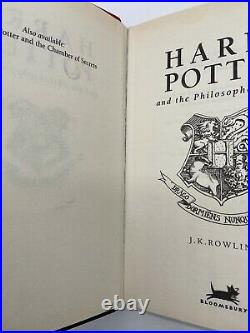 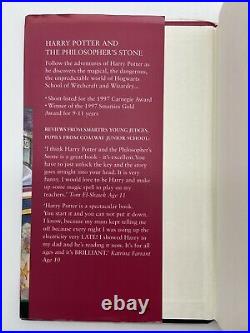 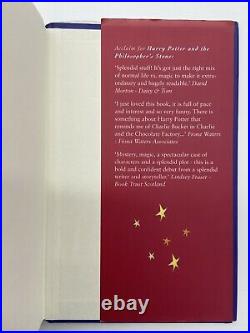 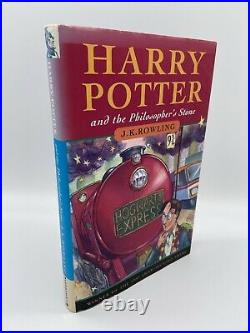 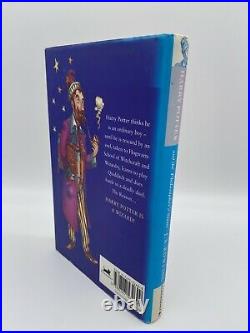 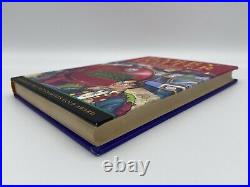 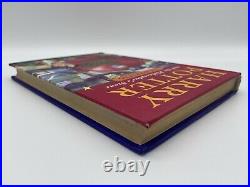 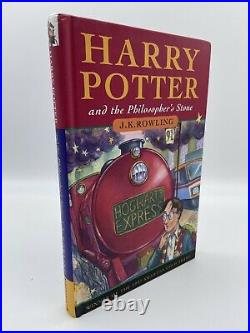 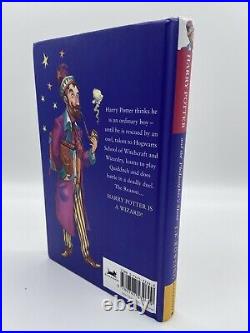 Harry Potter and the Philosophers Stone. Octavo, original illustrated boards with matching Dust Jacket. First Edition, Seventeenth Printing (Hardcover) of J. Rowling’s first novel, Harry Potter and the Philosophers Stone, one of only three books in history to sell more than 100 million copies with subsequent titles all exceeding the 50 million mark. A true piece of modern literary history that will undoubtedly stand the test of time. A very nice example of this early printing and jacket depicting the highly collectible young wizard. Harry Potter and the Philosopher’s Stone is the first novel in the Harry Potter series and J. Rowling’s debut novel, first published in 1997 by Bloomsbury. The writing has been compared to that of Jane Austen, one of Rowling’s favorite authors, or Roald Dahl, whose works dominated children’s stories before the appearance of Harry Potter, and of the Ancient Greek story-teller Homer. It has been translated into several languages and its film adaption became one of the highest-grossing movies of all time. Very Good Book in Good Plus Dust Jacket. Book binding tight and mostly square with very minimal slant. Text clean, bright and unmarked. Slight separation from binding at gutter of half title and title pages. Mild toning to text blocks with minimal spotting/foxing. Dust Jacket presents well with moderate fading to spine and laterally across front panel and flap measuring approximately one-quarter inch and more prominent near spine. Minimal separation of lamination along edge of bottom front and rear panels. Not applicable to this printing. The item “Harry Potter and the Philosophers Stone First Edition 17th J. K. ROWLING 1997″ is in sale since Friday, January 1, 2021. This item is in the category “Books\Antiquarian & Collectible”. The seller is “labb1279″ and is located in Baton Rouge, Louisiana. This item can be shipped worldwide.